The time for resolutions is upon us (well, this is the portion of the year the media uses to bang us on the heads about starting anew) we can all take a view there eh. In my case 2017 it is about how AVCF will proceed now that I’m devoting more time to it.

So, let’s just have a quick look at what our growing community got up to during last year. Looking back gives us an indication of what’s to come I feel. So, 2016 provided us with some great events and reinforced the Forum’s mission, to be a true knowledge exchange.

We had a great day out at Sennheiser HQ in Marlow back in April, via an Idyllic rural Thames train trip, and had an informative demo of their Mobile Connect technology and more. (Along the lines of that day we’re also hoping to plan a trip to Christie HQ this year) this arranged by friend and member, JP Cavaco, who incidentally helped with the above Sennheiser event. Our day out at RIBA (Royal Institute of British Architects) courtesy of Gabriel Thorp and Steve Barrett-White was a great chance to see some cool hardware and content from hand picked suppliers who had worked at RIBA, and we also got a tour of the magnificent art deco building Gabriel and Steve ply their trade in. Steve could have a second career as a tour guide that’s for sure. 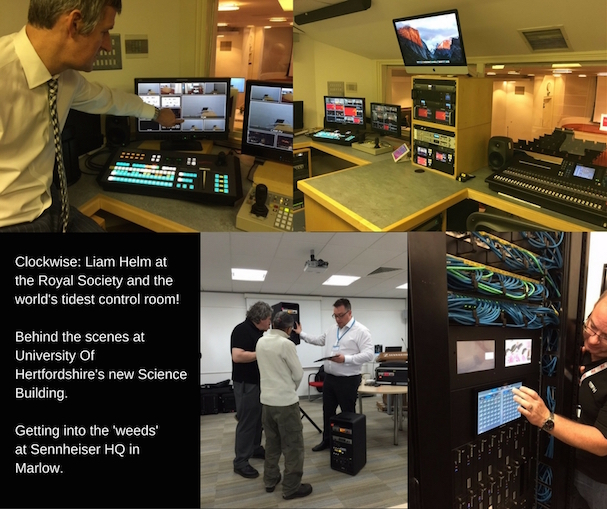 Liam Helm at the Royal Society hosted us for an afternoon dedicated to highlighting speech to text, access issues with audio delivery and various solutions he’d came up with for his installation in a listed room (he also let us look at what must be the tidiest control area I’ve ever seen!) Paul Groves and Ewan Crallan at BT gave us exclusive access to a roll out of new kit from Roland and AVCF stalwart Jon Sheldon, at The National Gallery, provided us with a very interesting insight into the work of Dave Haydon and the TiMax2 SoundHub, Dave worked with Jon on the Soundscapes exhibition. I hope to get Dave back to show us more of this ingenious hardware that manipulates audio. He proceeded to stretch, snap and tread into the mud my understanding of what could be achieved with audio in exhibitions. Truly fascinating. 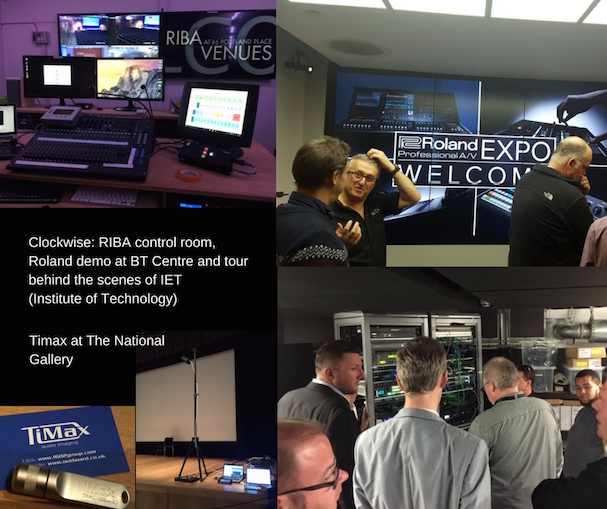 I along with Graeme Massey, at JacobsMassey (who I thank again for being our primary sponsor in this endeavour) went over, at the invite of Adam Harvey, Eliot Fulton-Langley and Steve Bell to the University of Hertfordshire to see the amazing new Science Building on campus. And, let’s not forget being guided by our very own Mr Dan Crompton around the new Switch House installation at Tate Modern. Transforming Tate Modern was the name of this second phase project to complement the original Tate Modern building on the South Bank of the Thames. By the way, Dan does a great line in Dolby Atmos trailers in his new Starr Cinema there, 4K DCP doncha know 🙂

This last slingshots us nicely into 2017 as Dan’s approach to the Tate project has seen him, his team and Tate named as finalists for the InAVate Awards this year for their Transforming Tate Modern adventure. What’s more Pete Dunsire, who worked very closely with Dan, is a finalist as well for project manager of the year at the very same awards. Not forgetting of course that the University of Hertfordshire are also finalists for their Science Building. All of this taking place in the evening of the first day of ISE in Amsterdam. 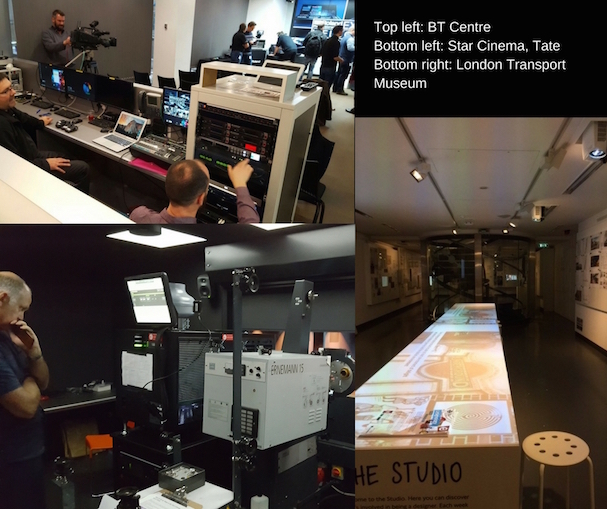 On a personal note it was a pleasure to work with Dan, in a small way, on behalf of AVCF to advise on his submission. That particular adventure and all the above confirm my personal belief that on leaving The British Museum, and making a decision to devote more time to the Forum, was well worth it.

I was heartened as well that in 2016 we welcomed to our band, colleagues from The London Transport Museum, Central St Martins, London College of Fashion, Imperial War Museum and the Overseas Development Unit into our fold as members. This will furnish us with opportunities to see how they deal with the problems we all encounter every day in this business, and build on our network of fellow professionals, that is so clearly in place.

To paraphrase that great philosopher, John Wick, when asked:

His answer would be “yeah, I’m thinkin’ we’re back”.