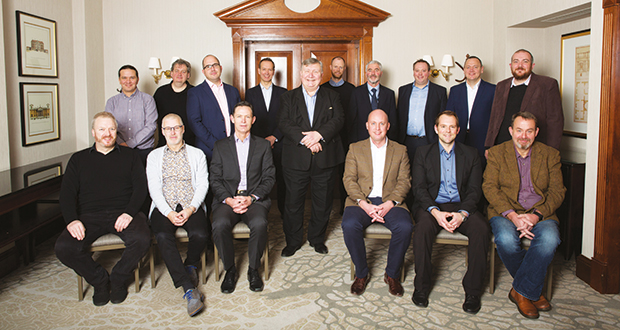 It’s been a great year here at AVCF. With our membership increasing and some really interesting projects underway. During the last three months I visited Rose Bruford College, who specialise in performing arts, to engage some of the media/tech related departments and we’re hoping for a visit where we can interact with the lighting and sound students there. This with a view to get a new demographic involved with our IAV18 event in July next year. 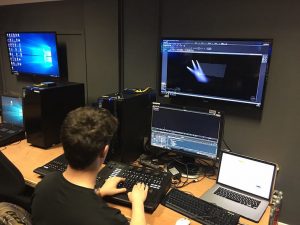 IAV18 is also shaping up to nicely to build on the success of last year. We now have more interest from big players in the market and as usual we’ll have our own eclectic spin on keynote speakers and discussion sessions.

Our visit to White Light was a standout towards the end of the year and we hit our target of getting twenty members together for this one. Thank you again gang. We also welcomed a new member on this visit, Jon Harris, from Birmingham Museums Trust. Who is going to help us permeate into new areas from the midlands to the North and also Scotland. A very nice guy who knows an awful lot of interesting people. Welcome Jon.

The visit itself was a real eyeopener and staggering in its scale. White Light have become a real visualisation company building on their original experience in theatrical lighting to now being able to deliver projection mapping, VR, AR and audio solutions on a much larger platform. All driven by an holistic approach to create the ‘effect’ clients are looking for. 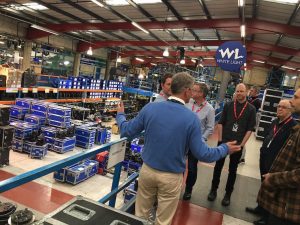 Many thanks to Richard Wilson and his magnificent team for organising. 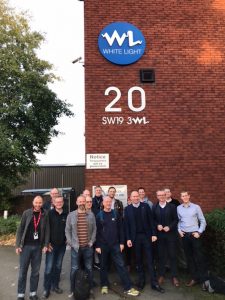 Just as the year closed I was invited to attend AV Magazine’s round table event hosted by Clive Couldwell. Taking place at the Grosvenor Hotel. I suggested that the people who run RIBA/AV, Steve Barrett-White and Gabriel Thorp, would be much better placed to talk about the end user experience. Which they did and we all ended up contributing during the debate. A very interesting discussion ensued and one of the big talking points was ‘why don’t architects take more care when designing spaces where audio is to be used’? A real can of worms was opened! This subject will be a part of our IAV18 gig. 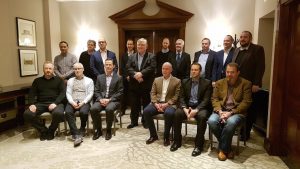 So, a little catch up on stuff just before you all start winding down. Hope you all have a great break this Christmas and New Year. I think 2018 is going to be good for us 🙂